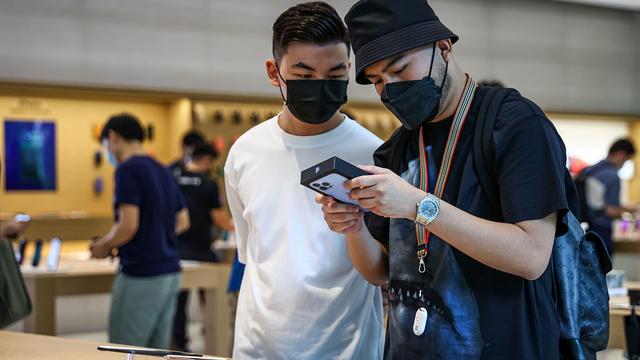 (NEXSTAR) – After two long years of a global pandemic, Apple is finally making it easier for folks with masks to unlock their iPhones.

As part of its iOS 15.4 update, Apple has debuted a new “Face ID with a Mask” option for iPhone models 12 and later. The new feature will now allow users to unlock their mobile devices while wearing masks or face coverings, saving them the trouble of punching in their passcodes, pulling down their masks or using their Apple Watches to circumvent the process. 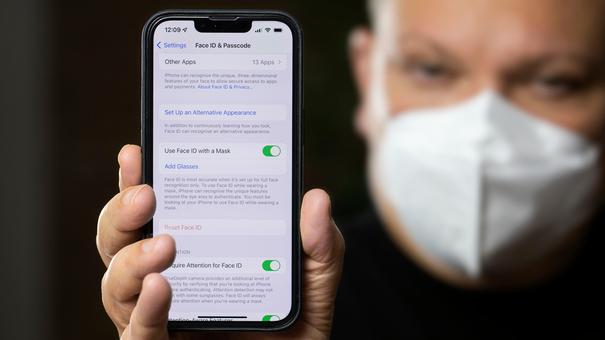 To set up the new feature, users will need to open Settings and choose Face ID & Passcode before turning on the “Face ID with a Mask” option. At the setup screen, users are instructed to remove their masks so the device can better recognize the “unique features around the eye area.”

“You must be looking at your phone to use Face ID while wearing mask,” the instructions explain.

Once setup is complete, users who wear glasses can opt to further tweak the accuracy by tapping “Add Glasses” on the Face ID & Passcode screen.

Apple has warned, however, that users who “wear a face mask too high or too close” to their eyes may still have trouble unlocking their phones once setup is complete. (“This feature requires your eyes to be unblocked,” the company said.)

Since the beginning of the pandemic, Apple had previously attempted to make it easy, or at least less of a hassle, for users to unlock their iPhones in places where masks were required. The iOS 31.5 update, released in 2020, sped up access to the passcode screen for users wearing masks. And in 2021, the iOS 14.5 update allowed masked users to unlock their phones if they were also wearing an unlocked Apple Watch.

In addition to the newest Face ID option, this week’s iOS 15.4 update also includes dozens of new emoji and an additional voice for Siri, among other features and bug fixes.