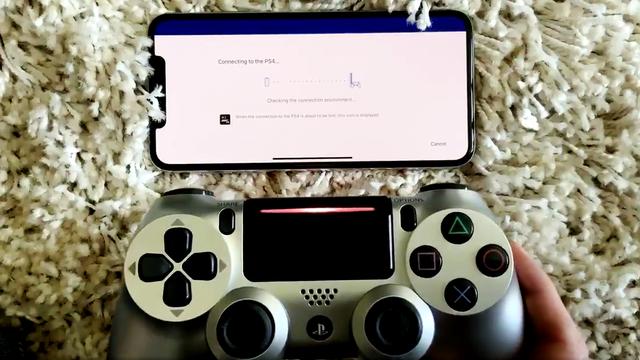 iPhone to PS4 Console? 6 Steps to Connect Your PS4 Controller to Your Apple Device

Apple Arcade is the tech company's subscription gaming service that offers a plethora of games in its arsenal.

There are currently over 200 premium games offered in the subscription, ranging from Arcade Originals, Timeless Classics and App Store Greats. More games are added to the list "all the time," Apple said. Games include "NBA 2K21 Arcade Edition," "Star Trek: Legends," and "Fruit Ninja Classic+."

The subscription service costs $4.99 a month, with a free 1-month trial. It supports gaming on all Apple devices, Cnet noted, be it on the iPhone, iPad, iPod Touch, or on Apple TV.

As much as playing more premium mobile games are, tapping and dragging on glass is not always the most satisfying way to play. Thankfully, Apple devices running on iOS 14, iPadOS 14, and TVOS 14 support connecting to wireless gaming controllers like the DualShock 4 controller for the PS4 gaming console--adding an extra level to your mobile gaming experience.

One interesting detail Cnet pointed out is that multiple wireless controllers can be connected to one single Apple device. However, it is worth noting that there are a limited number of games offered by Apple Arcade that support a local multiplayer game mode.

Connect PS4 controller to ur Iphone and play Asphalt 9 or MC5 it’s 🔥🔥🔥🔥 pic.twitter.com/YOasXXc4IU

6 Steps to Connect Your PS4 Controller to Your Apple Device

Apple makes it really easy for its users to connect to their PS4 controllers.

1. Ensure that the controller is fully charged, on, and ready to connect.

3. On the controller, hold the PlayStation button and Share button at the same to begin opening up to a new pairing.

4. Back to the Apple device, DualShock 4 Wireless Controller should pop up in the Bluetooth list of other devices that can be connected to.

Note: If the wireless controller does not appear in the list, Cnet said to make sure that the controller is out of range of the PS 4.

5. Go ahead and select the wireless controller.

6. To know that it has successfully connected to the Apple device, the PS4 controller will light up pink.

And it is that simple. You can now go ahead and play your mobile games similar to how you would play on your console. You can up the mobile gaming experience even more by using an iPhone mount for your controller, allowing you to still have the iPhone up close but getting the benefits of using a controller.