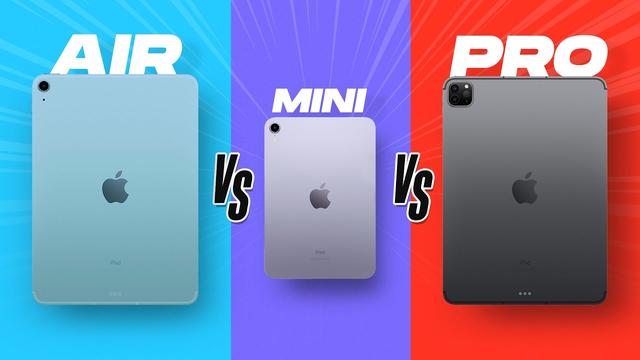 The ‌iPad mini‌ now effectively shares the design of the iPad Air, with both devices possessing many of the same features such as an all-screen design with no Home button, Touch ID in the top power button, and stereo speakers. Now with Center Stage and 5G connectivity, the ‌iPad Air‌ is now broadly up to spec with the ‌iPad mini‌. There are still some important differences between the devices, such as their chips, that continue to set the devices apart.

Should you buy the more expensive, larger ‌iPad Air‌, or opt for the more affordable, smaller ‌iPad mini‌? Our guide answers the question of how to decide which of these two iPads is best for you.

The ‌iPad mini‌ and ‌iPad Air‌ share a large number of key features, such as design, a rear 12MP Wide camera, and a USB-C port:

Apple's specification breakdown shows that the two iPads share many of their most important features. Even so, there are meaningful differences between the ‌iPad mini‌ and ‌iPad Air‌ that are worth highlighting, including their A-series chips, front-facing cameras, keyboard compatibility, and more.

Read on for a closer look at each of these aspects, and see what exactly both iPads have to offer.

The compact form factor and low weight of the ‌iPad mini‌ make it much more portable than the ‌iPad Air‌, being far easier to fit in a small bag or even a large pocket and use on the go. Though the ‌iPad Air‌ is still thin and light to carry around, it simply is not as convenient to use on the go as the ‌iPad mini‌, which is a device that pushes ‌iPad‌ portability to the extreme.

Users may feel more comfortable walking around with the ‌iPad mini‌ and using it discreetly in public spaces than the ‌iPad Air‌, and it is also a great size for kids. Preference for one size or the other ultimately comes down to your personal use case.

Both devices feature the same squared-off industrial design language that has become the norm on a range of iPhone, ‌iPad‌, and Mac devices, which makes them easier to grip and pick up off a surface.

The ‌iPad mini‌ and ‌iPad Air‌ feature the same Liquid Retina display with P3 wide color, a fingerprint-resistant coating, 500 nits of maximum brightness, full lamination, an anti-reflective coating, and True Tone. As with design, the difference between the two displays comes down to size.

The ‌iPad mini‌ features an 8.3-inch display, while the ‌iPad Air‌ has a larger, 10.9-inch display. This means that the ‌iPad mini‌'s display is 2.6-inches smaller diagonally, which translates to an almost 45 percent reduction in total screen area. The higher pixel density of the ‌iPad mini‌ does compensate somewhat, however.

Both devices have slim bezels around the display for an all-screen look. The bezels are the same size on both devices, which makes them more pronounced relative to the ‌iPad mini‌'s smaller display.

The ‌iPad mini‌'s smaller display may feel more cramped than on the ‌iPad Air‌, with smaller touch targets and more limited multitasking options. For example, the keyboard takes up most of the display in landscape, using apps in split view makes them very small, and app icons are smaller than they are on the ‌iPad Air‌. 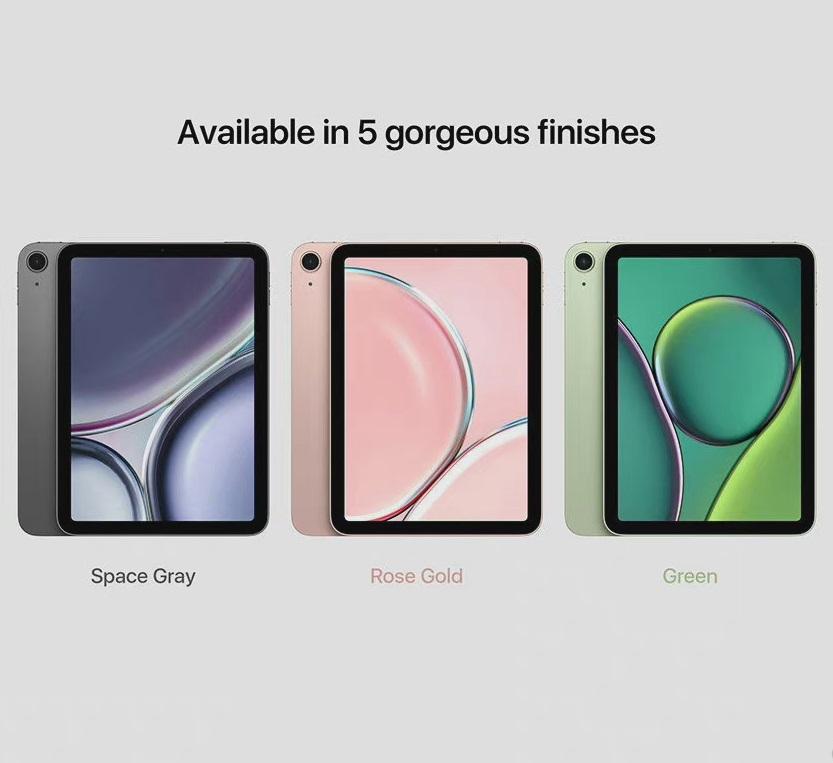 Even so, the ‌iPad mini‌'s smaller display may be more comfortable for reading or playing handheld games. The ‌iPad Air‌'s larger, 10.9-inch display is much more suited to productivity, multitasking, and watching videos, with considerably more screen space to fit app windows, UI elements, and more.

The ‌iPad mini‌ features Apple's latest A-series chip, the A15 Bionic. This is also the chip used in the iPhone 13 and iPhone 13 Pro. On the other hand, the ‌iPad Air‌ uses the ‌M1‌ chip from the iPad Pro, Mac mini, iMac, MacBook Air, and 13-inch MacBook Pro.

The A15 in the ‌iPad mini‌ is downclocked to 2.9GHz, compared to 3.2GHz in all ‌iPhone 13‌ models, which has a small two to eight percent impact on performance compared to those devices. The ‌M1‌ chip, on the other hand, is clocked at 3.2GHz.

The ‌iPad Air‌ will clearly be more capable than the ‌iPad mini‌, especially in multi-core tasks and activities that are reliant on more memory, but both chips are very proficient so it is unlikely to have a strong bearing on which device most people should buy.

The ‌iPad mini‌'s True Tone flash may make it more suitable for scanning documents, and its form factor may make capturing videos and images more comfortable, but the rear cameras on the two are otherwise identical.

The ‌iPad Air‌ features a magnetic ‌Smart Connector‌ on its rear to connect to keyboards such as Apple's Magic Keyboard and ‌Smart Keyboard‌ Folio. It is also compatible with Bluetooth keyboards and pointers.

Due to its small size, the ‌iPad mini‌ does not feature a ‌Smart Connector‌ or any first-party keyboard options. The ‌iPad mini‌ is still compatible with external keyboards and pointing devices, but these would need to be separate devices that connect via Bluetooth.

If you plan to transport your ‌iPad‌ with a keyboard or use it as a laptop replacement, you will be better off buying the ‌iPad Air‌. The ‌iPad mini‌ is still workable with Bluetooth peripherals for occasional emails or word processing, but its size is simply not practical for use as a complete laptop replacement.

If the ‌iPad Air‌ is out of your price range but you would still like an ‌iPad‌ with a bigger screen, there is the ninth-generation ‌iPad‌, which starts at $329 and serves as an entry-level model in the ‌iPad‌ lineup. This undercuts the price of the $499 ‌iPad mini‌ and $599 ‌iPad Air‌, but still offers important features like an Ultra Wide front-facing camera with Center Stage, first-generation ‌Apple Pencil‌ compatibility, a ‌Smart Connector‌ for use with an Apple ‌Smart Keyboard‌, the A13 chip, and more.

Alternatively, if you are looking for an ‌iPad‌ that is more geared toward productivity with "pro" features, there is the ‌iPad Pro‌, which starts at $799. The ‌iPad Pro‌ features the a ProMotion display, a Thunderbolt port, and offers an even larger model with a 12.9-inch display.

Overall, the ‌iPad Air‌ is the best all-around option for the majority of users, providing a large screen for productivity and consuming entertainment in a slim, portable design. The additional $100 needed to buy the ‌iPad Air‌ over the ‌iPad mini‌ is more than justified for the benefits that come with a larger display, not least the ability to practically use it as a laptop replacement.

Yet, most customers buying the ‌iPad mini‌ will likely be buying it because of its screen size rather than in spite of it. The ‌iPad mini‌ is ideal for comfortably reading books, playing handheld games, and unobtrusive storage.

Those who buy the ‌iPad mini‌ will likely have a specific use case in mind for how they will use the device, such as for note-taking on the go, throwing into a small backpack to use on public transport, or sliding into a large pocket to use while working.

If you do not see the ‌iPad mini‌'s smaller display, easy one-handed grip, light weight, and portable form factor as an active advantage and are focused on a more versatile larger display, you will likely prefer the ‌iPad Air‌. If you want more of an all-around device that works as a potential laptop replacement, with the added bonuses that come with a bigger screen for productivity and entertainment, the ‌iPad Air‌ will be the better option for you.