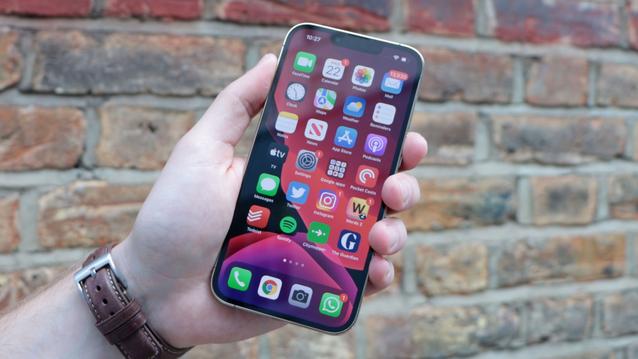 iOS 16: here's everything we know so far

After seeing the releases ofiOS 15and the subsequentiPhone 13series, we’re in the midst of .1 updates that are slowly refining features we’ve been seeing since June, including iOS 15.2 and the forthcoming iOS 15.4 that arrives next week.

That doesn’t stop us from thinking of what could be in the next version of iOS, however, which we expect will be called iOS 16.

Every iOS release has brought a major feature to the table, whether that’s widgets or dark mode. But iOS could still benefit from some new refinements to better manage how you use your iPhone every day.

But if you're wanting to find out what Android users are looking forward to for 2022, check out our guide, tentatively called Android 13.

We’ve combed through our iPhones to roundup five features we’d like to see arrive in iOS 16 next year, no matter how major or minor these may be. But first, we’ll run you through when we expect it to land and which iPhones will be supported.

iOS 16 might include big, interactive widgets and redesigned icons.

Apple has followed a traditional schedule of announcing the latest iOS update in June at WWDC, followed by a release around September.

With iOS 15.3 available, Apple has been focusing on rolling out significant features across more .1 updates. In previous years, we've seen the trackpad appear on iOS 13.4, alongside ProRes in iOS 15.1 in October last year.

It wouldn't be a stretch to expect an iOS 15.5 by the time we see iOS 16, with more significant features for both your iPhone and iPad.

Apple tries to support a variety of iPhone models in every new iOS release. iOS 15 supports iPhone 6S at a minimum, which was released in 2015.

An early leak suggests - unsurprisingly - that the iPhone 6S (along with the iPhone 6S Plus and original iPhone SE) won't get iOS 16, but that everything from the iPhone 7 onwards will.

It certainly wouldn't be a stretch to expect iOS 16 support for the iPhone 7 series at a minimum, but with some features likely held back, mainly due to the hardware limitations of the camera, or the chip inside certain iPhone models.

Every iOS release comes with a major feature, but also a bunch of minor improvements across the board. If you still have an iPhone 8 for instance, you may reap the benefits of some of the small features in iOS 16 when it arrives. But you will most likely miss out on the big feature that Apple will showcase.

Aside from the release date and compatibility details above, the only thing we've really heard about iOS 16 so far is that it might have big, interactive widgets. 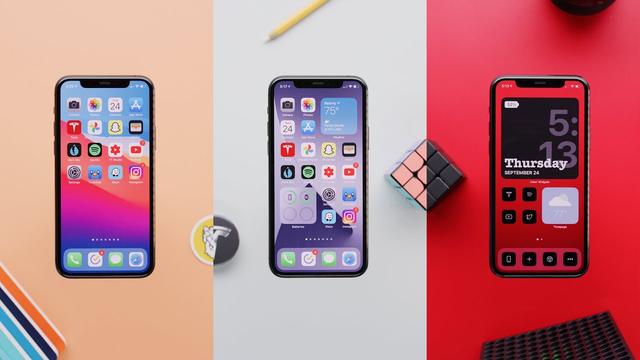 These are apparently being referred to internally as 'InfoShack', and you can see how they might look in the image below. They'd essentially house multiple smaller widgets, of all different styles.

🔴EXCLUSIVE: iOS 16.Be prepared for interactive widgets! Apple is now working on these “big widgets” internally named InfoShack.Will tell you more about them soon. pic.twitter.com/GZF9zYjOswJanuary 26, 2022

That image also shows redesigned icons, so we might see that in iOS 16 too. However, the Apple TV remote icon is suspect, as it looks nothing like the actual Apple TV remote (which the current icon does), so we'd take this with a pinch of salt.

What we want to see

We don't know much about iOS 16 yet but we have a good idea of what we want from it, with the following features topping our list.

The iPhone camera has seen huge improvements in recent years, with more lenses being added and features such as Night Mode and Cinematic Mode being introduced.

However, this has meant that the camera app has begun to feel bloated. Accessing forced flash or exposure settings requires a few more swipes than we’d like, alongside hidden gestures that don’t feel needed.

With the release ofiOS 15.2, we’ve seen a new macro button appear, which can help you more accurately set up those close-up shots when needed. This is just for the iPhone 13 series, though.

Starting afresh with the camera app could help new users take photos in a whole new way, alongside giving existing users a fresh way of taking photos and videos.

It wouldn’t be a stretch to assume that Apple has more big plans for the cameras in future iPhone models, which will also mean new features that we’ll be switching on and off when required. Let’s see an app that’s redesigned for what came before, and lays the groundwork for what’s coming next.

This is afeature that appearsiniPadOS 15andmacOS 12 Monterey, where you can drag your finger from the bottom-right corner, and you can quickly type in some notes, no matter where you are on your device.

There are many gestures you can do on an iPhone, so there’s no harm in adding one more. Dragging from the bottom right corner would display a note that you could quickly type in, and save for a later date.

With your thumb being your primary point of interaction with your smartphone, it's an easy win that can really help with quickly jotting something down. It will also save the strain of your thumb instead of reaching for the Control Center on the top right, and selecting the Notes icon.

Since widgets were given a makeover iniOS 14, alongside the ability to place them anywhere on the home screen, some other apps have not been forthcoming with their own widgets to help reduce some steps. One blatant example is the Home app.

You may have a selection of smart lights in your home where you use the app to help manage these. But if you want to quickly switch on a light, you may experience a delay if you ask Siri, or if the app isn’t responding, which has happened often in our experience.

Having a widget on your home screen for your smart lights could really help reduce the steps in quickly switching the bedroom lamp on, instead of having to find the Home app.

It’s a little strange that the widget hasn’t appeared as yet, but we’re hoping it arrives, not only to iOS 16, but future versions of macOS and iPadOS as well.

Being able to manage these through a centralized ‘AirThings’ app could relieve a lot of confusion as to what you own from Apple.

Third-party vendors such as Sony bring out certain apps that can help you manage headphones and more to better manage the features that these bring. Being able to do the same, without having to go to Bluetooth within the Settings app, could bring a lot of simplicity to managing your devices.

Back in 2019, we saw an onslaught of themes thanks to a few new features that the Shortcuts app provided in iOS 13.

With Shortcuts, you can use the app to create launch commands for other apps, and place an icon of your choice on the home screen for it. This has resulted in many themes being made available for iPhone users.

YouTuber Marques Brownlee created a short guide to create your own icons with Shortcuts.

But iOS 16 could go further. A new category in the App Store could enable themes to be downloaded and then selected within the Settings app. You could also choose different colors and sounds for notifications and set them as a separate theme, which could also be enabled with Automations in the Shortcuts app.

Third-party developers could perhaps make their own sounds and themes available as well. While there would be restrictions on changing other app icons, it could further expand the individuality that users want from their devices.