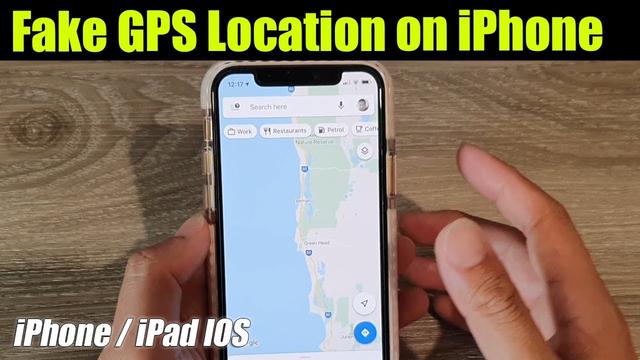 How to Spoof a GPS Location on an iPhone

Android phones have the same GPS hardware as an iPhone. However, iOS restrictions make it so that getting the phone to run any piece of code leading to running unsupervised programs is either an uphill battle or an absolute impossibility.

So, is there any way to trick your iPhone into believing you are in a different place? It’s possible, but not with any simple software tweaks.

Let’s take a closer look at how you can fake your GPS location on an iPhone.

How Do I Change My Current Location on an iPhone?

Faking GPS location can help with certain games like Pokémon Go. However, it doesn’t work with all apps, and many apps attempt to prevent GPS spoofing.

Using a faked GPS location in a game environment can result in a ban if detected, depending on the game. Many apps require your location to work at all, such as Tinder or Bumble. Another prime example is your weather app, which won’t work correctly with a spoofed GPS.

You should also know that Apple is quick to recognize methods used for spoofing your location. If they detect you using “forbidden” software, they may take steps to shut your software down.

Finally, if you decide to jailbreak your iPhone, it might mess up or even brick your device in more ways than one, including voiding the warranty.

For all those reasons, jailbreaking your iPhone to access GPS spoofing is a pretty risky way of going about it. But, if you insist, here’s how to fake your GPS location on iOS.

Fake Your GPS Location by Jailbreaking Your iPhone

By design, a jailbreak represents hacking your iPhone so that you can change most of the native settings. You’ll have a hard time finding a jailbreak repository that works well with iOS 12 and above. Yes, Apple keeps up with the latest intrusions.

But, if you own an older device that is lower than iOS 12, you should be able to jailbreak it. Instructions for running a jailbreak are beyond the scope of this article, but you should read our overview of jailbreaking to find out how to perform this task.

Once you jailbreak your iPhone, two Cydia apps might be worth your attention: LocationHandle, and akLocationX. The catch is that akLocationX supports iOS devices with the A7 chip, which means iPhone 5s and iPads of that era running iOS 6 or 7. LocationHandle is a paid app that works with iOS 9 and 10, but you’ll have to install an on-screen joystick.

How Do I Fake My GPS Location on iPhone Without Jailbreaking It?

If you’re worried about bricking your iPhone when jailbreaking it, use this method to spoof your location without jailbreaking your phone.

This method requires iBackupBot, a third-party tool for making changes to backup files. First, it would be advisable to create a primary backup of your nonmodified system to be safe. Here’s how to fake your GPS location without jailbreaking.

Other Ways to Spoof Your Location on iPhone

iTools is a computer app that works with iOS 12 and earlier (although many users have stated it works on iOS 14). It comes with a file manager on top of GPS spoofing. The app is not exactly user-friendly, though.

You need to connect to a computer with a USB cable and navigate to the Virtual Location feature. You’d then manually remove the fake GPS marker.

Until recently, using a VPN service was the best and easiest way to fake your GPS location. NordVPN is among the most popular for iPhone and available for iOS 9.0 or newer. You’ll have to pay for it, though.

The Hardware Solution Many Have Been Waiting For

The fundamental issue that iPhone users have is that Apple doesn’t want people spoofing iPhone locations, so they forbid app developers from writing iOS apps that could perform that task.

However, in recent months a hardware company has put together an Apple-compliant system that permits you to relocate your iOS device wherever you like virtually! It isn’t free or cheap, but it works well and is a robust and reliable solution.

GFaker is the name of both company and product, and it is essentially a tiny hardware device that you plug your iPhone or iPad into, as though you were connecting to an Apple computer.

However, the GFaker devices present themselves to iOS as external GPS devices, using Apple-approved chipsets and complying with the Apple External Accessory Framework standard. Then you run the provided app, which does not require jailbreaking, to set the location that you want. The GFaker device, posing as a new GPS, tells all apps running on your iOS device that your current location is whatever you’ve programmed in. It’s so elegant and straightforward; you’ll think you have an Android phone.

The GFaker comes in two different models, the GFaker Phantom and the GFaker Pro. The Phantom ($289) works on all iPhones and iOS versions from iOS 9 to iOS 15. However, it does have one limitation—it does not report altitude data, so apps that are exceptionally “paranoid” about the GPS coordinates might balk about it. For 99% of applications, this is a non-issue, however. The GFaker Pro ($279) is an older model but still works perfectly with iOS 9 through 12 and requires additional steps for IOS 13 and 14, and possibly later.

Although these products come at a cost (which has risen significantly since 2020), for users needing a reliable and straightforward GPS solution, GFaker seems to be the best approach. Sometimes, especially with Apple products, you get what you pay for indeed.

In closing, faking your GPS location on an iPhone is quite tricky unless you are ready to shell out some serious cash for a VPN service or a GFaker GPS device.

Remember, there is a possibility that some of the methods listed in this article might work with newer iOS, though Apple may block it with a new update. If you are looking for a free solution, iTools is your best bet.