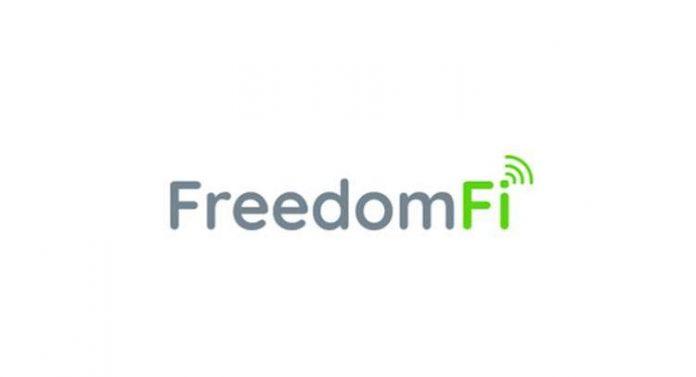 BOULDER, Colo., March15, 2022(GLOBE NEWSWIRE) --FreedomFi, the open 5G company, today announced that it closed a $9.5 million Series A funding round from Blueyard Capital, Qualcomm Ventures, and SamsungNext. FreedomFi software makes it possible to use cryptocurrency as an incentive for crowdsourcing deployments of 5G small cell networks. The company aims to use the funds to accelerate development of its software and forge new partnerships with telecom equipment manufacturers, operators, and other ecosystem players.

“With the increasingly large swathes of spectrum becoming available to the general public under permissive licensing models, crowd-sourced cellular is ripe for becoming as disruptive to telecom as the Internet was to computing,” said Joey Padden, CTO and co-founder, FreedomFi. “We may have jump-started the crowd-sourced cellular concept by launching our own hardware, but our ultimate goal is to enable other hardware manufacturers and small cell vendors to adopt open source software powering decentralized wireless architecture.”

Last year, FreedomFi partnered with the Helium blockchain and launched the world's first consumer-deployable cellular base station, allowing retail consumers with zero knowledge of 5G technologies to bring up a cellular network node and start mining cryptocurrency rewards for operating it. Since then, the company has also partnered with one of the top small cell manufacturers - Baicells, certifying a lineup of Baicells small cell products for plug-and-play compatibility with FreedomFi software.

“Our vision at Baicells has always been to make cellular infrastructure accessible to everyday consumers,” said Jesse Rasche, vice president and CTO, Baicells. “Working with FreedomFi, we are delivering a lineup of base stations that people with no experience in LTE or 5G can set up, by simply plugging the radios into FreedomFi Gateway appliances.”

“We’ve worked closely with FreedomFi engineering and security teams to ensure that our Bobber 500 hotspot meets all quality and security standards required for the mobile data offload use case,” said Yiming Wang, co-founder of Bobcat Miner.

FreedomFi was founded by open source software veterans and contributes most of the software code it builds to theopen source project Magma,governed by the Linux Foundation.

About FreedomFiFreedomFi is the open 5G company, focused on development of open source software and Web3 protocol interfaces that enable crowd-sourced deployments of 5G small cell networks. Founded by open source software veterans, the company is one of the top contributors of code toproject Magma,which is governed by the Linux Foundation and is quickly emerging as the standard platform for crowd-sourced wireless infrastructure. FreedomFi is venture backed by Blueyard Capital, Qualcomm Ventures and Samsung Next.