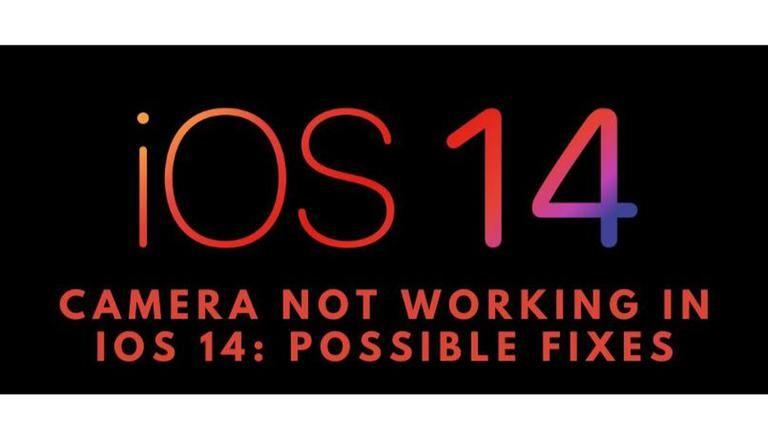 Camera Not Working In IOS 14?: Here Are Possible Fixes For IOS 14 Camera Glitch

Sometimes, the upgrades to a new iOS can be a little buggy, as Apple hasn’t worked out all the problems for every iPhone yet. As it is a new feature update it can cause some crashes and bugs in the previous iPhones and sometimes newer ones too. This is a common issue with new feature updates and is also faced by Android updates too.

iOS 14 has been live now for a few days. A vast majority of iPhone users have upgraded to this version of iOS. iOS 14 brings a lot of changes to the design and user experience of the iPhone. After the update has gone live, some users have faced issues wherein the camera is not working properly in iOS 14.

Also read: How To Downgrade From IOS 14? Learn How You Can Go Back To IOS 13

Camera not working in iOS 14

Fixes for Camera not working in iOS 14

Restart the iPhone: Most issues can be resolved by restarting your iPhone. The users need to hold the side power button and the volume down button simultaneously until they see just an Apple logo on the screen to restart their iPhones.

Quit the application: Sometimes just closing and opening the application again can resolve the issue. Users can double-tap the home button or swipe up from the bottom on the screen to launch the app switcher, depending on the iPhone model they have. Here they just have to swipe up the application they want to close, i.e. camera application. Open it again from the home screen and it should be working normally.

Emptying Excess Storage: Sometimes when the iPhone’s storage is about to finish, there can be issues. Users can offload this data on iCloud and free up some space on their iPhone to try and fix the issue.

Downgrade from iOS 14: If the problem continuously persists and there aren’t any fixes, users can opt to downgrade their iOS version. This is only a possibility if Apple is still digitally signing the earlier versions of iOS.

Factory Data reset: The last and final option for any user would be to completely erase all files and factory reset their iPhone. They can back up their phones before doing this and restore their iPhone with that back up after resetting it.