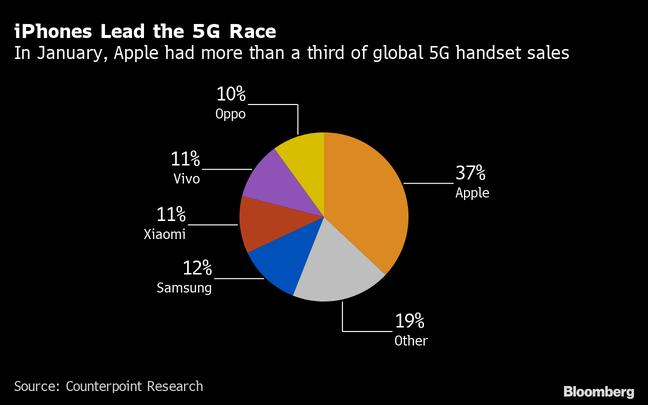 Apple leads the 5G smartphone sales market with 37% in January

According to Bloomberg, Apple’s iPhone led the mobile industry to a milestone in January 2022. Presently, smartphones that use 5G cellular networks account for more than half of total global smartphone sales for the first time. Smartphones powered by 5G technology already account for 51% of global smartphone sales. According to Counterpoint Research, 5G connectivity is seen as a key enabler of transformative technologies such as autonomous driving and factory automation. China is one of the most aggressive markets in expanding its availability. China’s telecom regulator said it would add 600,000 base stations this year to boost 5G coverage. This will bring the total number of 5G base stations in China to well over 2 million. 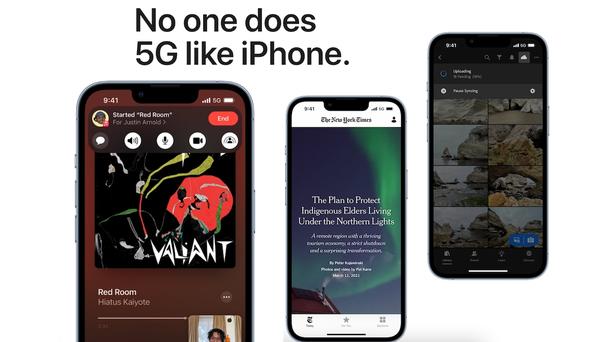 In January, Apple’s share of global 5G phone sales exceeded one-third. The data shows that Chinese brands Xiaomi, Oppo, and Vivo each account for about 10% of global 5G mobile phone sales Of course, most of these smartphones are in China. Apple’s market-leading 37% was also boosted by its strong position in China. Samsung Electronics was the first to launch a 5G-compatible device in 2019 and remains the world’s largest smartphone maker. However, its share of the global 5G market is limited to just 12 percent due to its laggard position in the Chinese market.

Earlier in March, Apple launched the iPhone SE 3 5G phone, reducing the entry price to $429. That’s about half the price of an average flagship device for Apple’s iPhone and could help secure its leading sales position. Apple bought Intel Corp’s cellular modem division for $1 billion in 2019 with the aim of building its own 5G chips in the future. U.S. chip designer Qualcomm has largely dominated the business so far, with its Snapdragon SoCs that combines a processor and modem into a single module.

While Apple leads the 5G smartphone market for January, Realme remains the fastest-growing 5G smartphone brand. According to Counterpoint Research, in the fourth quarter of 2021, Realme takes the crown as the fastest-growing 5G smartphone brand. The increase was a solid 165% in comparison with the results of work in 2020. Realme has been growing significantly in the 5G smartphone market. This is not the first time that Realme is leading the way in this segment. This is the third consecutive quarter that the company is leading the way in this regard. Realme is also one of the top five 5G brands in more than 20 markets.