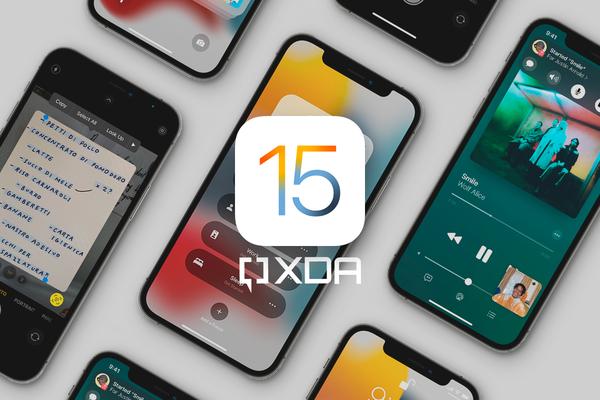 Apple has seeded iOS 15.4 developer beta 5, following the release of beta 4 last week. Unlike iOS 15.3, iOS 15.4 comes packed with new features, changes, and additions. These include support for Face ID when masked for iPhone 12 and newer models, new emoji, updates to Keychain, and much more. To download this update, you have to be enrolled in Apple’s Developer Program — which costs $99 per year. Alternatively, you could join the public beta program and get your hands on the new build shortly after. However, if you’re patient, you can just wait for a week or so — as the stable, public release will likely be later this month. Here’s a list of everything new in iOS 15.4.

Considering this could be one of the last beta versions of iOS 15.4, we expectedly haven’t found any changes in this build yet. At this stage, Apple usually focuses on fixing leftover bugs and making the overall experience smoother. If we discover new features later on, we will update this article to reflect that. In the meantime, you can take a look at Apple’s official release notes — where the company has highlighted some of the known issues and fixed bugs.

Beta 4 adds new Tracking Notifications settings to the Me tab of the Find My app. Additionally, iOS now warns users pairing a new AirTag not to use it for malicious purposes — such as stalking others.

This beta also adds a fifth voice option for Siri when using the American accent. Prior to beta 4, there were only four American voices to choose from.

When launching the Podcasts app for the first time, there’s a new splash screen highlighting the ability to filter episodes and browse by season of a specific show.

Beta 1 of iOS 15.4 introduced a toggle that allows users to disable iCloud data access from the web. However, the option didn’t work. Beta 2 removes this toggle from the Settings app, and it’s unclear if Apple will include it again in a future beta or not. 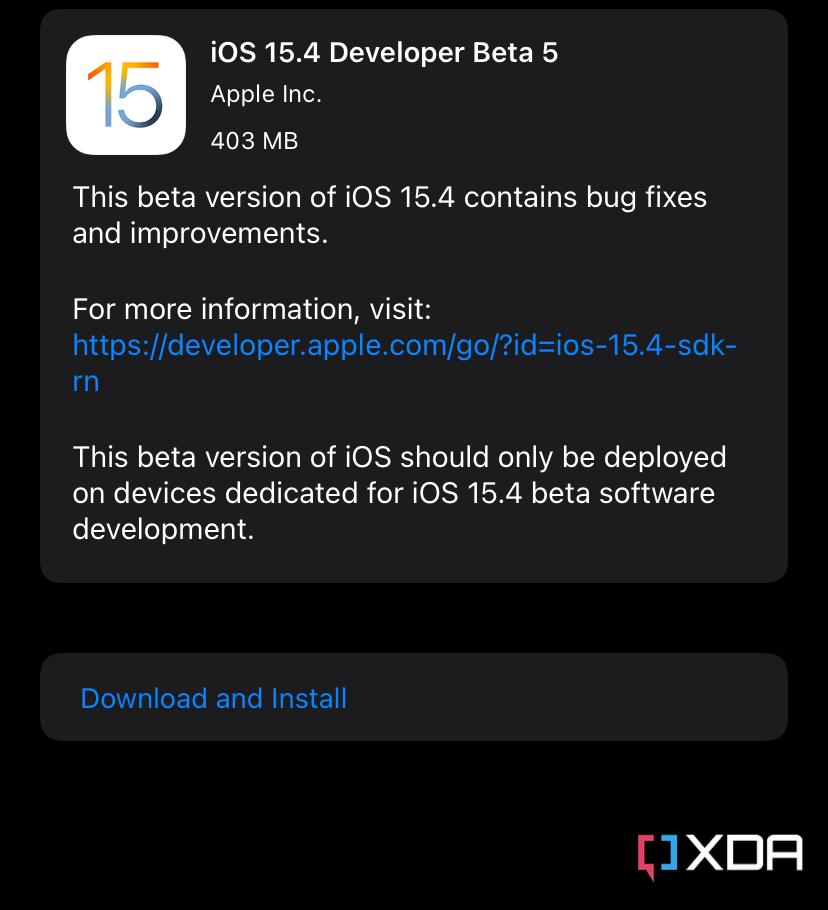 Unicode 14.0 was released back in September 2021 — after the initial March ETA was pushed due to COVID-19. It introduces 112 new emoji — if we’re counting the skin tone variations. These include a melting face, troll, biting lip, and pregnant man. Once you’re on this iOS build, you will be able to send and use these emoji across your favorite apps. However, users on older versions of iOS and other unsupported operating systems won’t be able to view them in their text format.

This beta build adds a new feature that allows users to add notes to their Keychain passwords. Some third-party password managers already support a similar feature. With Apple introducing 2-factory authentication (2FA) support in iOS 15 and now this, its Keychain service has become a free, serious competitor in the field.

The COVID-19 pandemic has been around two years now, which made using Face ID in public challenging. At some point, Apple started allowing Apple Watch users to unlock their Face ID iPhones when masked. However, users without watches still had to type in their passcodes every time they’re in public. The company has finally addressed this issue, and now users running iOS 15.4 on an iPhone 12 or a newer model can use Face ID authentication even when masked.

iOS 15.4 introduces a new option in Apple ID Password & Security settings that allows users to disable data access on iCloud.com. This makes it impossible to access your notes, contacts, files, photos, and other iCloud data from the web. If you don’t use the web-based iCloud apps, you can take advantage of this feature as an extra layer of security. It’s worth mentioning that Find My will still work on the web, regardless of what you choose. It’s also worth noting that the feature still doesn’t work in this beta.

Apple has introduced a Wallet widget that displays your Apple Card spendings. It’s a convenient way to check the number at a glance.

iPhone users running iOS 15.4 can now set up custom email domains. Obviously, you would have to own the domain that you’re aiming at. The feature requires an iCloud Plus subscription, though, and users can set up to five custom email domains at a time.

Apple really wants users to start using SharePlay. In this release, the company has added an obvious SharePlay shortcut when trying to share content in an app that supports the feature.

In the Settings app, you can now choose the display style of the queued Up Next titles. You get to choose between Still Frame and Poster Art.

There’s a new Notifications section in the App Store where users can toggle them on/off, depending on their preferences.

In this beta, the AirPods pop-up that appears when opening the case gets tweaked icons.

Are you testing iOS 15.4? If so, which of the new features are you using the most? Let us know in the comments section below.

Mahmoud is an Istanbul-based Beiruti who has always sought freedom through writing. His hobbies include keeping up with tech news, writing articles about Apple devices & services, crocheting, meditating, and composing poetry. You’ll likely find him jogging at a park, swimming in open water, brainstorming at a coffeehouse, or merely lost in nature. He can be reached via [email protected] or the provided social links.