The Xiaomi 12 and 12 Pro will get three major Android OS updates, and will be provided with security updates for four years. That is something Xiaomi confirmed, actually, it’s what the company is committing to.

These two smartphones got announced yesterday, globally. This launch followed the one in China that happened a couple of months ago. Xiaomi actually announced these two phones as its new flagships, and the Xiaomi 12X as its mid-range offering. Xiaomi did not make such commitments towards the Xiaomi 12X, only the flagship models. 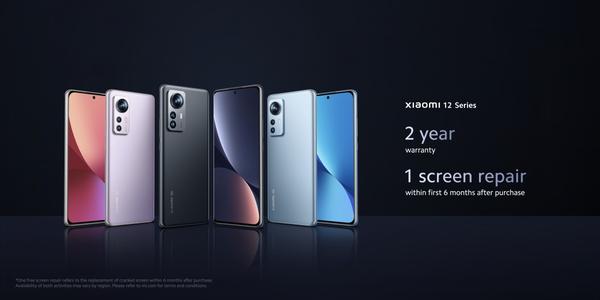 It is worth noting that the Xiaomi 12 and 12 Pro come with Android 12 out of the box, with MIUI 13 on top. So, they should be getting Android 13, 14, and 15, based on what Xiaomi promised, presuming that is what Google will name its upcoming OS updates.

Considering the Xiaomi 12 and 12 Pro got announced in China months ago, we knew what to expect. Their global variants are basically the same as the Chinese ones, with only a couple of changes.

Different RAM and storage combos are available, while the Vegan Leather variants are not available outside of China. Global variants also come with different software, global variants of MIUI 13. That’s basically it.

The two phones offer the same design, save for the size difference

The Xiaomi 12 and 12 Pro look basically the same. The 12 Pro has larger cameras on the back (secondary and tertiary ones), so that is the notable difference, in addition to the phone’s size. Other than that, the design is the same.

Both phones are made out of metal and glass, and feature curved displays. They both include a display camera hole, that is centered. The bezels are extremely thin on both devices, and so on.