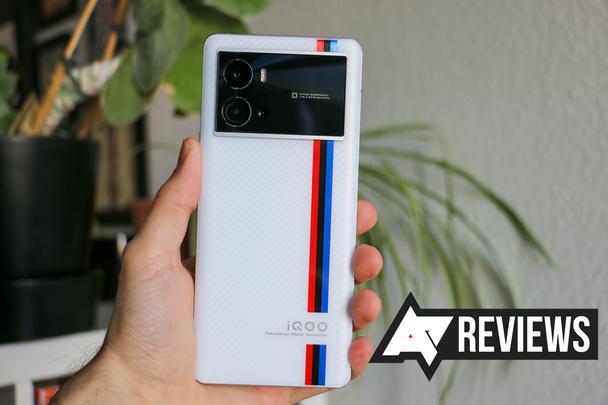 www.androidpolice.com iQOO 9 Pro review: So much more than a gaming phone

You may not have heard of iQOO just yet. It’s a subsidiary of Vivo, one of the many companies under the BBK Electronics umbrella (which also includes OnePlus, Oppo, and Realme). It was founded in 2019 with an explicit focus on gaming and other performance-focused tasks, but without all that RGB lighting galore ornamenting most gaming hardware. The latest flagship phone in its lineup, the iQOO 9 Pro, isn’t any different in that regard.

The iQOO 9 Pro is packed with the latest high-end specs, a versatile camera setup that includes a gimbal, and a pretty understated Samsung Galaxy S22 Ultra-like design — save for its pretty prominent BMW M Motorsport-inspired branding on the back, but that’s only available on the Legend Edition that we’ve got at our disposal for this review.

Design, hardware, what's in the box

The iQOO 9 Pro is quite a design marvel. Looking at the back, you can see its unique take on the camera bump. Instead of just raising the area immediately surrounding the sensors, it offers a rectangular glass window with three lenses on the left side. The rest of it is left blank, with nothing but some details on the cameras’ gimbal stabilization. This stands in contrast to the white back clad in a fingerprint-rejecting carbon fiber texture, interrupted only by the IQOO branding and a red-black-blue stripe similar to the BMW M Motorsport colors. The only real complaint I can find here is that the camera array makes the phone just a little top-heavy, but this isn’t something we haven’t already noticed with other flagships.

On the front, you'll find a 6.78-inch 3200x1440 WQHD OLED curved display that offers a dynamic refresh rate of 1 to 120Hz — state of the art, if it wasn’t for the curved parts of the screen that are quite prone to discoloration when looking at them off axis. At least the top and bottom bezels surrounding it are as even as they can get, and the centered 16MP selfie camera mostly gets out of the way. An aluminum frame holds together the phone, with an IR blaster and a microphone interrupting the top and the SIM card tray, the USB Type-C port, and a speaker grill placed on the bottom. The textured blue power button and the volume rocker can be found on the right, providing pleasant tactile feedback.

The internals of the iQOO 9 Pro are quite impressive. It comes with the Snapdragon 8 Gen 1 paired with 8 or 12GB of RAM and 256GB of storage and it supports the latest connectivity standards like 5G, Wi-Fi 6, Bluetooth 5.2, and of course, NFC. It’s missing one obvious feature though: an IP certification. The SIM card tray is protected by a gasket and the USB-C port seems to be sealed off from the inside of the device, though, so it should survive minor accidents.

The iQOO 9 Pro’s ultrasonic fingerprint reader is fast and reliable, making it much more pleasant to use than the Pixel 6’s optical sensor, particularly during setup — you just need to scan your fingerprint once, as there is no need for that usual repetitive process of lifting and touching the scanner over and over again. Qualcomm’s new sonic fingerprint technology really is great.

The 9 Pro also sports a stereo speaker setup that gets just loud enough for media consumption, but at least it’s pleasant enough to the ears and doesn’t get overly tinny. The vibration motor feels firm and tactile while typing, though the vibration is too weak for me to be noticeable for notifications, even when set to the highest level.

Unlike so many of today’s smartphones, IQOO’s new phone actually comes with accessories. In the BMW M Motorsport-branded box, you’ll find the iQOO 7 Pro (obviously), a case mimicking the look of the phone itself, a 120W charger paired with a pleasantly long USB Type-C to Type-C cable, and a headphone jack adaptor. A screen protector is pre-applied to the phone, too.

The iQOO 9 Pro ships with Android 12-based Funtouch OS, Vivo’s custom Android skin. People who have used devices from other BBK Electronics brands should feel familiar with the layout and the way settings are structured. Some parts of the OS haven’t received English translations just yet, though, with Chinese text showing up during the fingerprint setup and on the PIN entry form on the lock screen. Since these are both very sensitive parts of the OS, I’d feel much more comfortable offering my biometric data or PIN if I could 100% understand what I’m doing. This is supposed to be fixed with a subsequent software update I haven't received yet, though, and shouldn't be something retail units run into at all. 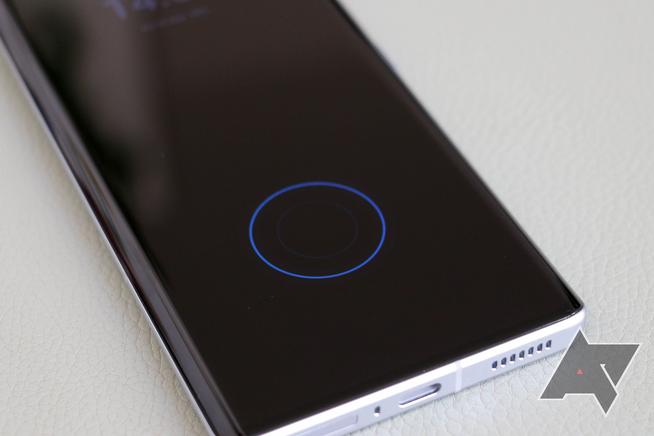 The iQOO 9 Pro comes with some bloatware out of the box (when set to US English and Germany), but most pre-installed apps like Netflix and Facebook are easily removed if you don’t want them. It is just pretty maddening that a few system apps like the pre-installed browser, the photo gallery, EasyShare, and performance manager iManager kept sending me notifications that were impossible to disable, but at least these have gotten few and far between after an initial wave of spam. I’m happy to see that iQOO is relying on the Google Phone, Messages, and Contacts app in favor of custom solutions, though.

For some reason, I couldn’t get my preferred password manager to stick as my default autofill service, which was annoying. It’s also a bummer that Material You or dynamic theming isn’t supported yet, neither within the system UI nor within individual apps.

In daily usage, the phone doesn’t get hot and is able to keep up with everything I throw at it. Once you add games to the mix, you do feel the phone heating up quite a bit, but the internal passive cooling is still powerful enough to keep the iQOO 9 Pro from throttling heavily. This might change in the summer, but right now, things are going well. While I'm not much of a gamer, I did give the phone its fair share of Genshin Impact, one of the most taxing games out there. It handled it just fine at the highest graphics settings — like a gaming (or performance) phone should.

For some reason, iQOO's battery stats won't start at full charge for me, but I've been using the phone from 100% to whatever number you're seeing up there all day

Battery life has been consistent for me, with the iQOO 9 Pro easily lasting two days on a single charge with about four to five hours of screen-on time stretched across both. Even when I used it more heavily by shooting images and navigating in Google Maps, the 4,700mAh battery comfortably lasted all day without ever breaking a sweat. For reference, I’ve mostly used the phone with its variable refresh rate enabled and the default Full HD-only option. The included 120W charger is advertised to charge the device to 50% in 8 minutes and refill it fully within 20 minutes, though I haven’t been able to test it due to compatibility issues with the Indian plug.

The iQOO 9 Pro has three lenses on its back. Its 50MP Samsung GN 5 main camera produces competitive photos, though the post-processing defaults to a rather cold color profile that makes pre-spring Berlin cityscapes seem even blander than they already are. I’m pretty happy with how portrait shots turn out, though, at least once I toggled off all the usual smoothing and beautifying effects common on Chinese phones. The only thing really bothering me is the inconsistent lighting when photographing people, with overblown highlights .

The 50MP fisheye ultra-wide is equally capable, but like most ultra-wide lenses, results aren’t quite as sharp as those you get with the main camera. With the 150-degree field of view, you’re sure to capture full houses and landscapes more easily than with competing phones, especially when you unleash the special fisheye mode that comes at the expense of heavily distorted straight lines.

Both the ultra-wide and the wide camera produce pixel-binned 12.5MP images by default, with their full 50MP reserved for a special high resolution mode. To reach these 50MP on the ultra-wide, you’ll get a more fisheye-like picture that uses more of the sensor’s surface.

The last lens on the back is a 16MP “portrait camera” that is used to create those beautiful fake bokeh effects for portrait shots (most OEMs would call this a depth sensor), which still doesn’t quite match the Pixel’s machine-learning algorithms.

During the night, iQOO’s included gimbal has its chance to shine. The advanced optical stabilization unit helps stabilize the camera’s position when it needs to gather more light, giving you sharp and well-lit results as long as your subjects aren’t moving too much. The same goes for videos, where you have different levels of stabilization to choose from based on the wanted effect. It works surprisingly well, with the iQOO 9 Pro producing a smooth image even when running through the street like a madman. The video department certainly leaves me impressed.

Should you buy it?

Yes, if you want a high-end phone that’s a bit cheaper and a bit more distinct than the usual Samsungs, Xiaomis, and Apples of the world. There are just a few compromises you’ll have to make, including fewer system updates, no IP certification, and slightly worse camera performance.

The biggest caveat isn’t on the phone itself, though: The iQOO 9 Pro sadly isn’t officially available in many places around the world, with it just being launched in India this month following its China debut in January. You can still always import it after checking compatibility with your carrier, but that’s a route many people aren’t willing to go. Still, iQOO is starting to expand internationally, and it’s definitely one of the up and coming manufacturers to look out for.

We hope you like the items we recommend and discuss! AndroidPolice has affiliateand sponsored partnerships, so we receive a share of the revenue from some of your purchases. Thiswon’t affect the price you pay and helps us offer the best product recommendations.