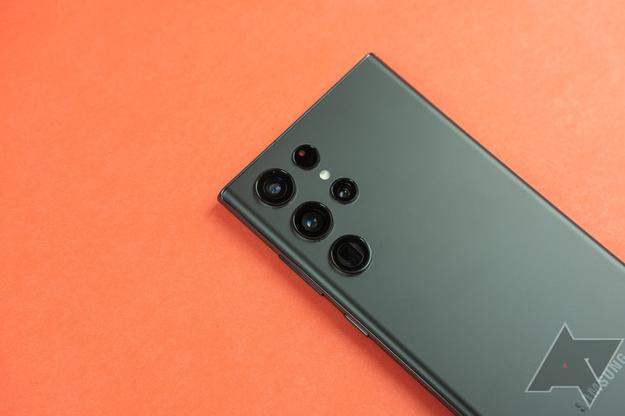 www.androidpolice.com Here's everything new in Samsung's One UI 4.1 update

Samsung released One UI 4.0 in late 2021, bringing Material You and the rest of Android 12's features to a number of Samsung phones. As is usually the case with new devices, the Galaxy S22 series has launched with an improved One UI 4.1 version, replete with bug fixes and other optimizations over 4.0.

But One UI 4.1 also brings some helpful new features to the Galaxy S22, along with other devices as they're updated in the future. We've pored through every new feature in the new version to find what's different, and what's better, over the software you're probably running on your new phone right now (unless you've bought a Galaxy S22).

Smart calendar is a new feature baked into the Samsung Calendar app that can see dates and times in recent messages and suggest them as events. The announcement video says this will work with the stock messaging app and KakaoTalk, Line, WhatsApp, Hangout, Facebook Messenger, Viber, Google Chat, and Signal.

It's unclear whether the feature is supported in other apps, like Slack or Skype, but it would be great to see this expanded to include any messaging app.

Samsung Pay has only ever been able to store payment cards and loyalty cards, but that's changing in One UI 4.1. Samsung has added support for drivers' licenses, boarding passes, car keys, movie tickets, and more. This puts the app more in line with Google Pay and Apple's Wallet app. It also appears that Samsung is preparing to merge Samsung Wallet and Samsung Pass with Samsung Pay in the near future.

One UI 4.0 added the RAM Plus feature, which allocates 4GB of your storage for use as extra RAM, sort of like a swap drive on a PC. It's enabled by default on all devices, but in One UI 4.1 you can now choose how much virtual RAM you want. You can have 2GB, 4GB, 6GB, or 8GB, which could be helpful for budget Samsung devices that ship with 4GB and 6GB of RAM. 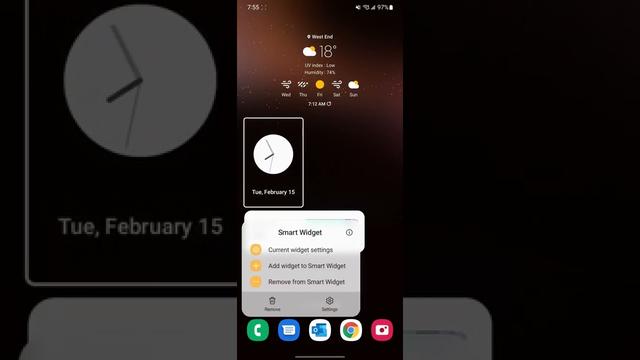 One UI 4 introduced Samsung's take on Android 12's wallpaper-based theming, and 4.1 tweaks this experience slightly. One UI 4.1 replaces the circle that previewed your theme colors with a larger rectangular preview. It's a minor change, but a welcome one nonetheless, as it makes it easier to see what colors you're choosing.

Apple added Smart Stacks widgets to the iPhone and iPad in iOS 14, allowing users to stack widgets on top of each other and swipe between them. In One UI 4.1, Samsung has implemented a similar feature called Smart Widgets. It looks and feels very similar to the iOS equivalent, and that's a good thing.

Smart Widgets allow you to stack multiple widgets on top of one another, moving between them with a swipe. There are three sizes, and you can combine things like news and weather with controls for your Galaxy Buds earbuds, for example.

In Accessibility settings, there's a slider that lets you adjust the left/right balance for audio. In One UI 4.0, changes made here are applied to all audio regardless of how it's played. In 4.1, there are separate sliders for the phone's speaker and any connected devices like earbuds. This isn't something everyone will use, but it's a welcome change for users who do.

If you head into the settings menu and disable adaptive brightness, a new toggle will show underneath called extra brightness, along with a warning that you'll use more battery. Samsung's auto-brightness is usually some of the best available, so I'm not sure why you'd want to switch it off. But if you're in a situation in which you want to run your display as bright as possible without interference, now you can.

For a long time, the Pro mode in Samsung's camera app only worked with the primary lens. One UI 3.1 expanded this to include the ultra-wide lens, but this was still underwhelming when you had excellent zoom hardware that couldn't be utilized. Thankfully, One UI 4.1 rectifies this, and you can now use the 3X telephoto lens on the S22 Ultra in Pro mode and Pro Video mode. This should come to previous phones as they're updated, and I'm looking forward to seeing what the hardware is capable of during long exposures.

Samsung put a lot of effort into improving portrait mode on the S22 series, and one of the ways it has done so is by enabling night mode when taking them. When you're in portrait mode, and the phone detects a low-light environment, night mode is switched on. A small night mode indicator shows in the bottom right corner when this happens. While most of the portrait improvements on the S22 are dependent on its new chipset, this improvement should come to other phones as they are updated.

When the Galaxy S21 launched last year, Samsung partnered with Snapchat and Instagram to ensure that photo quality didn't suck in these apps, as it usually does on Android phones. This was accomplished by allowing them to use photo-processing from Samsung's camera app. The corporation with third-party apps expands further this year by integrating more features.

Instagram now lets you switch between the primary and ultra-wide lens by pinching in and out of the viewfinder, and Snapchat can use night mode in dark environments. TikTok was also mentioned in this announcement, but it's not clear what features are coming to the app; nothing seems to be live just yet.

One UI has allowed you to choose a vibration pattern for incoming calls and notifications for a long time now, and 4.1 adds something new: Ringtone synchronization. With this enabled, the phone vibrates in time with your ringtone or notification alert instead of one of the patterns that already exists. As fun as this sounds, you might want to be careful if you have a particularly energetic ringtone. The last thing you want is your $1000+ smartphone vibrating itself off the table toward certain doom (unless you have a great Galaxy S22 case).

That's everything new that we've found in One UI 4.1 so far, and it looks like this is a solid update for Samsung users. Adding the zoom lens to pro mode fixes a gripe many of us have had since its introduction, and smart widgets are something I've wanted on Android since Apple added Smart Stacks in iOS 14.

While all of these features are only available on the S22 series now, based on previous years, we should see One UI 4.1 arriving for older phones within the next month. As always, we'll keep this article updated as we find more changes and new features in the latest version of One UI.