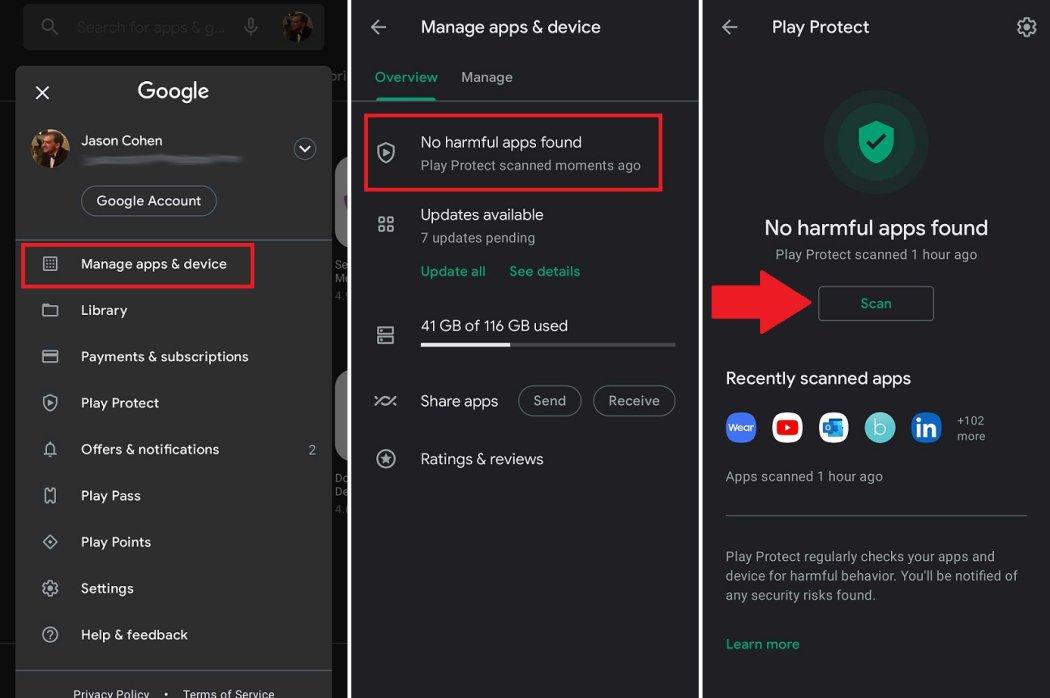 What to Do If Your Phone Is Overheating

Heat is your phone's worst enemy. Modern smartphones house powerful processors and large-capacity batteries inside slim cases, which make overheating a real concern, even under normal operating conditions (looking at you, Galaxy Note 7). Whether it's charging, sitting idle, or performing more active tasks, your phone has a safe internal temperature it needs to maintain, lest it end up shorting out, catching fire, or even exploding.

Sometimes, internal defects can lead to major problems, other times it's the way we treat our phones that dictate how long they last. Whatever the reason, if your phone overheats, there are a few steps you can take to help cool things down and prevent it from happening again.

What Temperature Should My Phone Be?

Smartphone manufacturers recommend you keep your device between 32-95 degrees Fahrenheit/0 to 35 degrees Celsius when it's charging, performing tasks, or sitting idle. It may run hotter than that if you've been playing games, streaming video, or mirroring your screen for hours, or you're synching a huge amount of data to the cloud, restoring from backup, or using graphics-intensive or augmented-reality apps or features, among other things.

Unfortunately, there is no easy way to check your device's internal temperature. In the past, some phones displayed this information within the settings menu, but that is no longer the case. Instead, you'll need a third-party app for a reliable look at the internal goings-on of your phone.

What to Look Out For

While phones have CPUs like your computer, they do not have internal fans to keep temperatures down, largely because phones aren't doing as labor-intensive tasks as PCs. Modern smartphones will help you out here by posting a warning on the screen if the device gets too hot. It may also shut down certain features in order to help it cool down. But it's a bad idea to rely on these warnings; exposing your phone to high temperatures on a regular basis can permanently damage it.

Be Careful Where You Place Your Phone

Manufacturers advise users to keep their device in an environment that is between -4 and 113 degrees Fahrenheit. Any lower and the phone could seize up; any higher and you risk permanent damage. So, keep it off the dashboard in a heat wave. 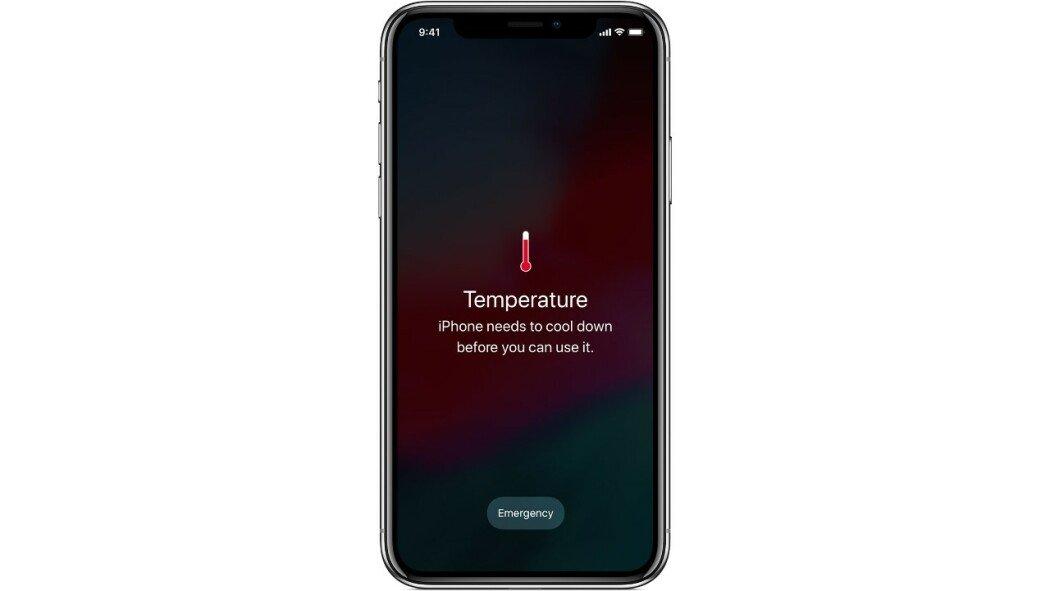 It may seem silly, but take note of where you place your phone when it's charging. Since connecting it to power will naturally increase the temperature of the device, keep your phone free of any clutter. Don't charge it in bed, or bury it under pillows, blankets, papers, or books. Your smartphone should instead sit on a hard, flat surface as much as possible.

Has your phone become uncomfortably hot (but not so much that you can't handle it)? It should go without saying, but don't put it in the freezer. Sudden shifts in temperature can seriously damage the phone because the components inside your device expand when they heat up, so introducing intense cold can add unwanted moisture to the phone.

Instead, unplug your phone if it's charging. Then, power it down, and let it sit in a cool place, away from direct sunlight or any heat sources, such as a radiator. If you have a phone case on the device, remove it.

If the device was just charging, check for any damage. Is the cable melted or shredded to the point where you can see the internal wiring? Dispose of it safely and use one without damage.

Even if there's nothing physically wrong with the charger, double-check that it's from a reputable brand. Ideally, you'll only charge your phone with the charger that comes in the box. But if your new iPhone or Galaxy phone didn't come with one, make sure the charger was made by Apple or Samsung, or stick with a known brand, such as Anker.

Cheap alternatives from no-name companies sold online are not safe; the potential hazards are not worth the few bucks you might save. If you're not sure what to look for, Apple has a whole page dedicated to identifying fake MFi chargers for the iPhone.

Your device's CPU works hard to process games, augmented reality features, and even GPS navigation. If the phone is heating up while running one of these apps, force-close the program and give your device a break.

Even if you are not actively using an app, it can still be running in the background and putting pressure on the CPU. On an Android device, you can put these programs to sleep. Specific instructions differ based on your phone's manufacturer and the operating system, but on a Samsung device running Android 11, you can open Settings > Battery and device care.

Tap the Battery option and choose Background usage limits. The option Put unused apps to sleep should be turned on by default; if not, turn it on. You can also manually add misbehaving apps under Sleeping apps—those that only occasionally run in the background—and Deep sleeping apps—those that only run when you open them. Choose the category, tap the + icon, select the offending apps, and click Add to put them to sleep.

Your device may notify you when a specific app is using too many resources and prompt you to put the app to sleep or uninstall it. Don't ignore these types of warnings.

How to Save Battery Life on Your iPhone9 Tips to Boost Your Android Phone's Battery LifeExploding Phones: Why It Happens, How to Prevent It

Something else not to ignore? Updates. Phone manufacturers and app developers roll out software updates on a regular basis, and these security and feature upgrades protect phones from security flaws and help them run advanced apps.

On your iPhone, go to Settings > General > Software Update to manually check for OS updates. Tap Automatic Updates to install them automatically when the phone is on Wi-Fi and charging. For an Android device, look for a Software update or System update option in Settings.

You should also have your apps set to update automatically. Open Settings > App Store on an iPhone and make sure App Updates under the Automatic Downloads header is turned on. On Android, click your user profile in the Google Play store and choose Manage apps & device. If there are updates, an Updates available option will be visible.

If your phone is still overheating, malware may be the culprit. The Loapi Android malware, for example, can max out your processor's computing power, overheat the battery, and cause permanent damage to the device. If your device is running slower than normal, launching pop-ups, and getting hot even when idle, it's possible your phone has a virus.

Apple's walled garden approach to iOS apps means your iPhone is less likely to be hit by malware than an Android phone. If you're regularly downloading new apps from the Play Store, make sure those downloads are being scanned. Open Google Play and click your user icon. Select Manage apps & device, and look for the words No harmful apps found. (You can also tap that entry and perform a manual scan to be sure.) Tap the settings gear on this page and make sure Play Protect is enabled.

While this is a nice tool to have, it won't solve for every problem. Apps infected with harmful malware have found ways to circumvent the Play Store's vetting process. When this happens, Google can disable the app, but those who download it will need to uninstall manually. This is what happened when 16 apps infected with Joker malware, and another 21 apps with HiddenAds malware, were discovered in the Play Store.

If you think your device has been infected by malware, or you want to prevent such an issue, many popular antivirus companies offer free antivirus apps for Android, or include them as part of a multi-device subscription. Bitdefender, Kaspersky, Norton, and McAfee are all PCMag Editors' Choice picks in the category.