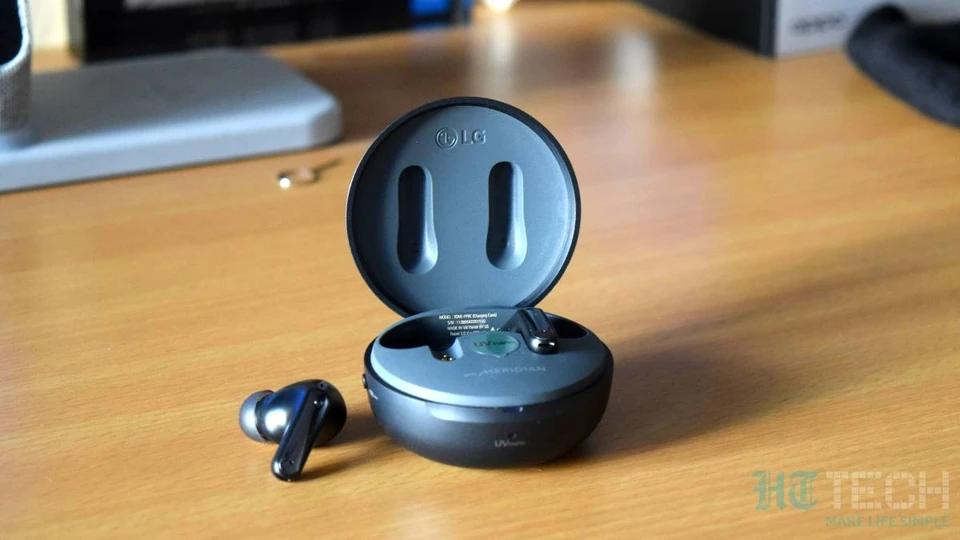 LG Tone Free FP9 earbuds Review: One of its kind

LG may have opted out of its smartphone business but it still has a vast range of products to offer, one of them being its audio products. Last year, LG announced the Tone Free earbuds as a one-of-a-kind yet very expensive AirPods Pro rivals that had UV lighting for in-ear hygiene. It was good but due to its price, was mostly out of everyone’s reach. Almost a full year later, LG is back with its successor that is not only better on paper, but costs almost less than half of the original one. It is now called the LG Tone Free FP9.

Priced at Rs. 13,990, LG now jumps into a segment that is filled with some of the nicest pair of TWS earbuds we have seen over the last few months. And a quick look at its spec sheet makes the Apple AirPods Gen 2 seem like an artefact from history! It has still got its UV cleansing tech, and upgrades all around.

Should you buy it then? To find out, I have been wearing a pair of LG Tone Free FP9 earbuds for close to two weeks and here is what I observed.

The LG Tone Free FP9 prioritises comfort over aesthetics and hence, is one of the nicest pair of TWS earbuds I have used in a while. It carries on the same stem designs or the earbuds but they are smaller, and the overall shape of the buds make it easy to just lock it securely in the ear canals. You get touch controls on the stems, and the silicone ear tips help seal the ear canal from the world. With its IPX4 rating, I used it without worrying of sweat induced damage.

The case itself looks nothing new with its circular shape and overall slim profile that makes it easy to slide it into trouser pockets. However, this is where the difference starts to come up. Open the case and you will see the blue glow of the UV light welcoming you. However, the actual sanitising happens while the earbuds are left to charge in the case.

When the sanitising process is underway, you will see the “UV nano” indicator light up. There’s also a battery light indicator above it. Look around and you will see the “Plug and wireless” slider key, and a USB-C port. There’s no wireless charging present here though.

As an extra freebie, LG is also offering a custom-made “Ganesha case” for the FP9’s case. It looks cool, although I feel LG could have offered more design choices for the case. 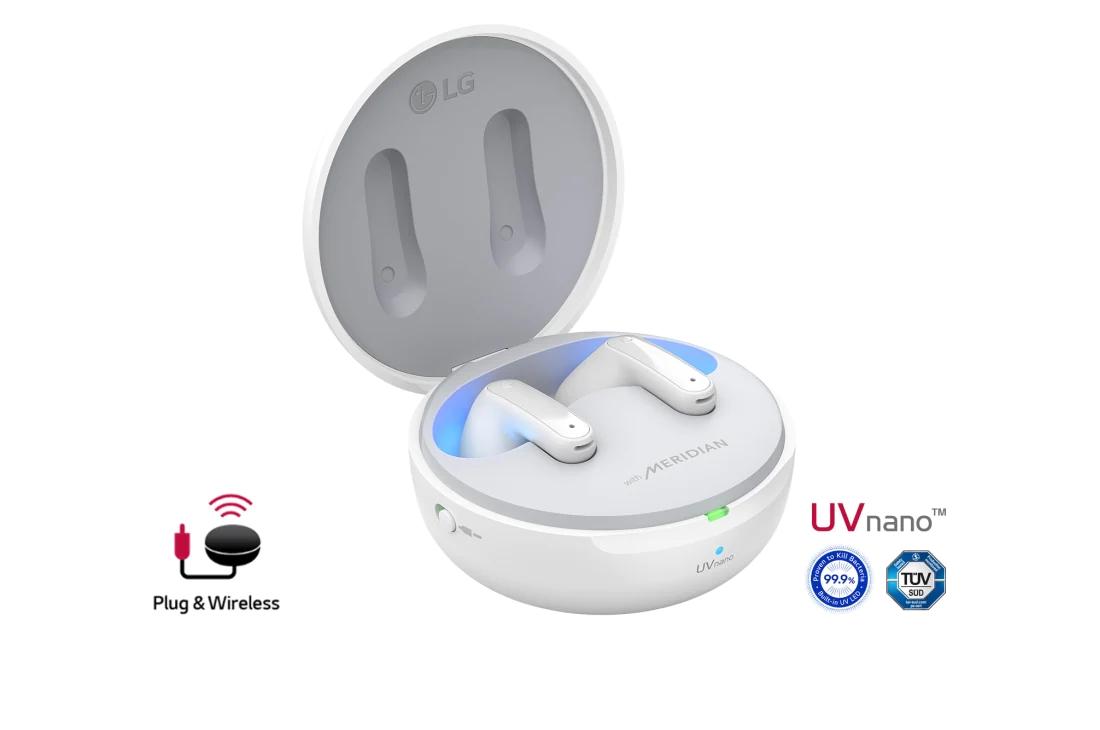 LG has partnered with British audio firm Meridian for tuning the audio on the Tone Free FP9 earbuds. While I don’t have exact information on the bits that Meridian has tuned, I can say for sure that these are among the nicest sounding earbuds in this price range. The tuning in its standard mode is nicely balanced but with a nuanced mid and low end. Hence, whether you are listening to Bollywood party music, or International should soothers, the experience is always a pleasant and highly enjoyable one.

There’s focus on bass output and hence, you get an equaliser mode that emphasises that. Bass lovers will adore this state of tune, where the bass is good but without stressing your ears. The Immersive mode offers a great surround sound experience while the 3D Sound Stage mode offers a nice spatial effect. There are two custom equaliser modes present as well, which is a nice touch.

With expensive TWS earbuds, noise isolation becomes important. The LG Tone Free FP9 has a very good noise isolation system, involving a strong Active Noise Cancellation system and nice passive isolation. Without ANC, there’s a decent amount of isolation from the ambient noise. With ANC on, most of the ambient wind noise and other disturbing sounds vanish, except for the occasional high-pitched sounds. From the Tone Free app, you can control the levels of ANC, as well as turn on the transparency mode while having a quick conversation.

The UV light sanitising is the most unique feature you will see on a pair of TWS earbuds at this price range. While I cannot verify what effect it has, it is certainly comforting to know that your pair of earphones does its bit to upkeep the ear hygiene. This is a feature that all TWS earbuds need to offer as standard.

The earbuds also offer touch controls on the stems, all of which are easy to control. The unique placement of the touch patch prevents accidental touches while lying down on the bed, or wearing caps.

Then there’s the Tone Free app, which is available on both iOS and Android. You can use the app to control most of the ANC features as well as manage the equaliser settings. LG has two widgets for Android devices to quickly control the ANC modes, although they don’t always work reliably. The app also allows you to try out an experimental “ low latency” Game mode, which does help reduce the latency to an extent. The whisper mode also works as advertised — quite a nifty feature most Indian users will like.

Lastly, the “Plug and Wireless” feature is another thoughtful touch. Using the provided AUX-to-USB-C cable, I was able to use these wireless earbuds on my old desktop PC that did not have Bluetooth connectivity. All you need to do is turn on the slider key and you are good to go.

LG claims 24 hours of usage on a single charge, and in the real world, I was able to go without a charge for up to 10 days. Note that I mostly used the earbuds without the ANC while listening to music, and took calls with transparent mode ON. My average usage per day lasted 2-3 hours. It takes close to two hours for a full recharge.

In a market flooded with almost indistinguishable offerings, the LG Tone Free FP9 is highly refreshing to consider. The audio tuning is great, and the Meridian-tuned sound profiles are fun to try out. The noise isolation is impressive too, and the comfortable design makes it my favourite earbuds right now to wear all day.

Then there’s the bunch of extra features that are useful on a daily basis. The UV light sanitising helps offer a peace of mind for hygiene-obsessed users (like me), and the “Plug and Wireless” feature is a nice touch. The good battery life seals the deal.

On the whole, the LG Tone Free FP9 at Rs. 13,990 is easily the best option you can find at the moment. Unless you don't want to betray your brand loyalty to Sony, Samsung, Jabra, Sennheiser, or the traditional audio brands, we highly recommend checking out the LG Tone Free FP9.