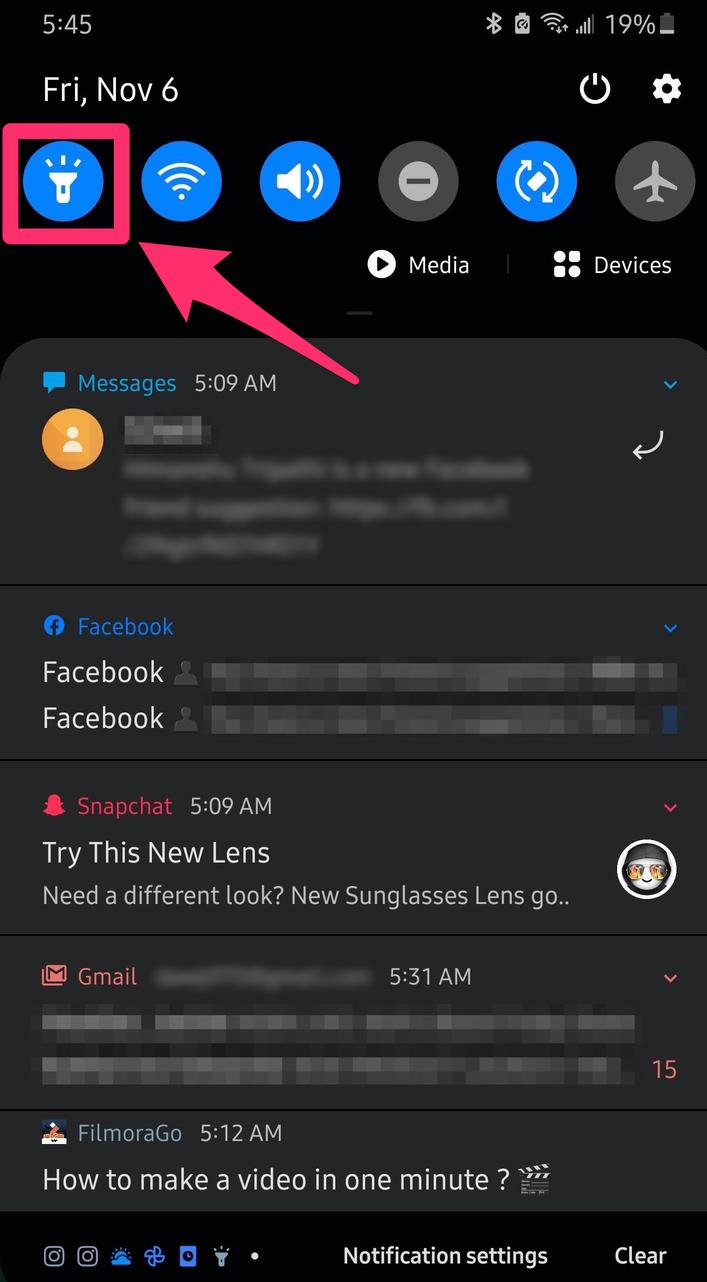 There was a time when your smartphone's flashlight feature was a distant afterthought – but once people realized you could use the camera's built-in flash to illuminate a dark room, there was an explosion of third-party apps to let you easily enable the flashlight.

Eventually, the flashlight was built into the Android operating system, and today it's just a swipe away on most phones. Here's how to turn on the flashlight on your Android phone.

This should work for all newer phones – it has been a part of Android since 2014's Android 5.0 Lollipop. 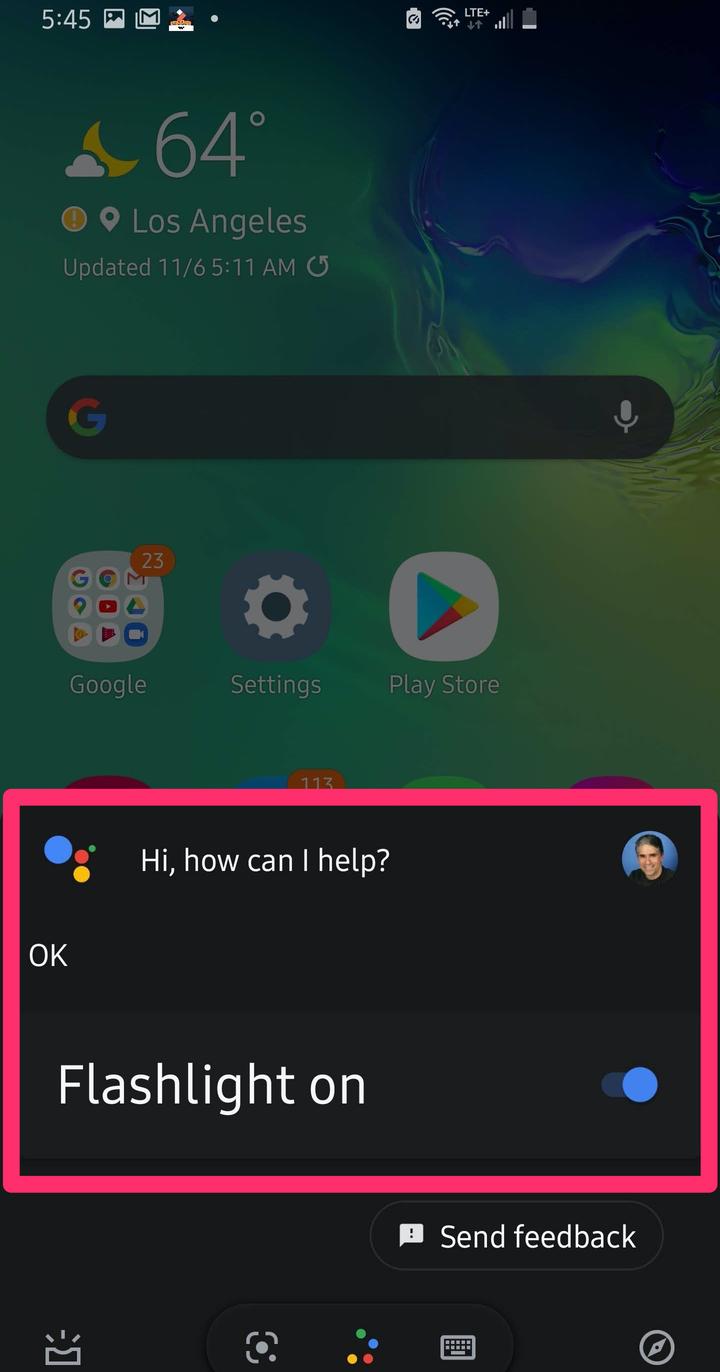 1. Swipe down from the top of the screen to reveal the Quick Settings icons.

2. Find the "Flashlight" icon and tap it. The flashlight should come on instantly.

3. Tap the Flashlight icon a second time to turn it off.

1. Tap and hold the Home button at the bottom center of your phone until the Google Assistant pop-up window appears. If your phone is set up to listen for "OK Google," you might not even need to do that – just say "OK Google."

A small number of Android phones can enable the flashlight using a gesture, but there is no standard or systematic way of knowing if your phone has a flashlight gesture built in. If you want to explore this possibility, here are some ways you could get started: