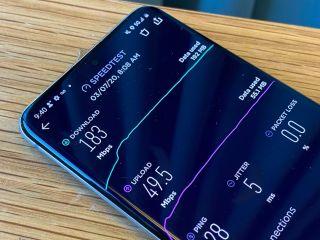 5G: Is it time to future-proof your smartphone?

5G arrives: Understanding what it means for you

5G is here. Find out what it means for your smartphone and much, much more.

When 5G first came onto the scene years ago, we were promised faster download and upload speeds and improved web browsing and in-app experiences. In 2022, many of us are still unimpressed with 5G smartphones – but could that be about to change?

5G phones have been marketed to consumers since the first compatible devices were released (like the Samsung Galaxy S20 in 2020), yet it has proved difficult to persuade consumers to get excited about 5G compared to – say – an improved camera or display. Not to mention every mobile carrier has confusingly different 5G data plans.

Ken Hyers, the director of device technologies at Strategy Analytics, says that he sees 2022 as a turning point for 5G phones and consumers. He notes that we've already crossed over the midway point regarding which mobile technology is driving shipments and sales.

For the first time, more 5G smartphones were shipped worldwide than 4G smartphones in the fourth quarter of 2021, according to the tech analyst's data. In addition, 5G smartphone shipments in North America are expected to grow by nearly 40% in 2022.

"I think that most consumers, myself included, keep their phones for an average of three years. So if you are making a choice to buy a new phone this year, buying a 5G phone will 'future-proof' you until you plan to replace that device around 2025," he says.

"That's pretty important to think about not just what you can do this month or this year, but next year and the year after. Then, when the services and apps emerge to take advantage [of 5G], you'll be ready for it."

Another considerable change – especially just in the past few months – that will drive more consumers to adopt a 5G smartphone is the availability of mid-band 5G since it has speeds around 100 Megabit per second (Mbps) and 4G range. Both Verizon and AT&T recently deployed C-Band frequencies (a type of mid-band 5G range) in various cities. Each carrier lists several consumer devices that work with the newly launched frequency. With both carriers' plans to expand C-Band to even more cities throughout 2022, other devices should follow.

"Now we've got the mid-band availability, there's a form of 5G that is significantly faster than 4G, so there's actually a reason to upgrade to [a 5G phone]," Hyers says. "If you are looking for faster downloads, being able to quickly get whatever videos you want, and have a better online-gaming experience, we're finally there."

Overall, the market is moving towards 5G, whether consumers care or not. Hyers says that before you know it, the only phones available to purchase will be 5G phones.

"Most of the devices on the market are 5G, and there's limited selection in 4G that's only going to continue becoming more limited just to the cheapest products," Hyers says. "If you want to future-proof and you're planning on getting a phone in 2022, get a 5G phone." For many, however, there is still the lack of a 5G must-have app to tip them into buying.

But Hyers argues that once that ground-breaking app that requires 5G hits the market, you're going to want to be ready for it. "That killer app is still being developed somewhere," he says.