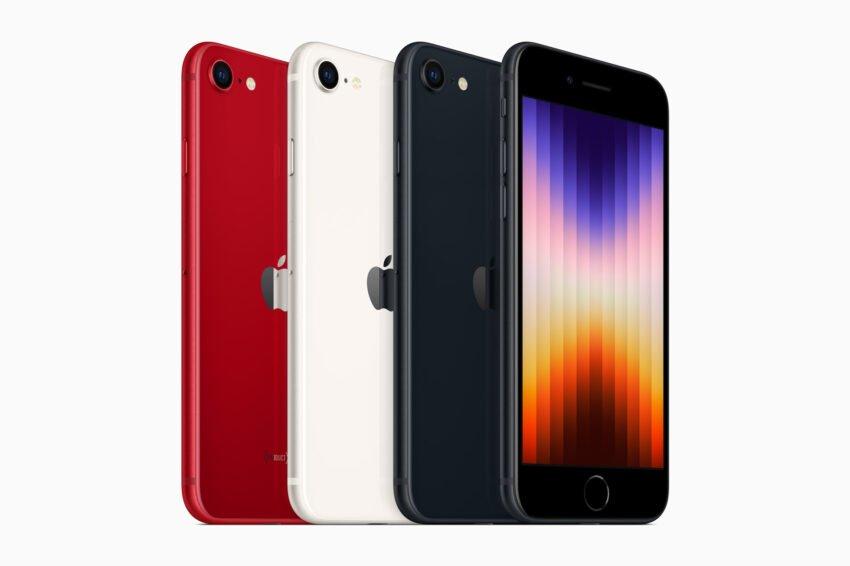 Apple’s finally confirmed the all-new iPhone SE 3 and pre-orders start later this week ahead of its official release date later on this month.

After months and months of rumors, the iPhone SE 3 is official. Apple is simply calling it the iPhone SE and it serves as the company’s third-generation iPhone SE.

As expected the device comes with numerous upgrades including 5G support, Apple’s A15 Bionic processor, and an improved camera. It also has a 4.8-inch display, Touch ID, and a design that mirrors the previous model.

It’s a bit more expensive than its predecessor, but the device still slots in as the company’s budget model. Remember, it should take the place of the iPhone mini model which will likely be discontinued with the arrival of the iPhone 14 series this fall.

The iPhone SE 3 release date is set for March 18th, but you can buy Apple’s new budget iPhone before that date. iPhone SE 3 pre-orders start on Friday, March 11th.

Pre-Order If You Want the iPhone SE 3 ASAP

If you’ve been waiting for a new iPhone SE and you’re sold on the upgrades Apple’s made to its budget iPhone, you’ll want to put in an order soon after pre-orders begin.

Supply chain issues are still impacting Apple. We might not see every single iPhone SE 3 model sell out immediately, but we’ll likely shipping times slip across the board as the pre-order period progresses.

If you’ve got your heart set on a particular color or a very specific storage configuration, you might want to put in a pre-order to ensure you get release date delivery.

If you put in an iPhone SE 3 pre-order ASAP you can expect your delivery on March 18th. If you wait, you might not get your phone until late March or April.

Remember, if you buy your iPhone SE 3 via Apple, shipping is free.

Pre-Order If You Want to Save Money

If you want to save some money on a new iPhone SE 3, think about pre-ordering

Apple and its partners will provide trade-in offers to help offset the cost of the iPhone SE 3. Those willing to exchange their current device for the new device can knock quite a bit off the price. Apple says you can get $100 to $650 off when you trade-in an iPhone 8 or newer.

Before you get too excited, remember that trade-in values vary based on the condition of your current device. So if you own an older model or your phone is in bad shape, you can expect much less back.

Some of these trade-in offers will likely be promotional which means they won’t last forever. Make sure you shop around before you make a commitment.

For more on Apple’s trade-in program, check out its website.

The iPhone SE 3 looks like a great budget phone, but we won’t know for sure until it’s reviewed by critics and others.

iPhone SE 3 reviews probably won’t go live this week which puts a bit of pressure on those of you struggling with the decision to buy now or wait.

You can expect the first iPhone SE 3 reviews to arrive in and around the release date, but some of those reviews will likely be based on a few days of use rather than extended use.

Some of you might want to wait for long-term feedback about the iPhone SE 3 to emerge before committing to the device.

Wait If You Aren’t Prepared to Buy

If you aren’t prepared to buy a new phone right now, you’ll want to hold off until you are.

Before you invest in a new iPhone you’ll want to spend some time prepping for your purchase. Needs will differ from person to person, but here are a few things we generally recommend. 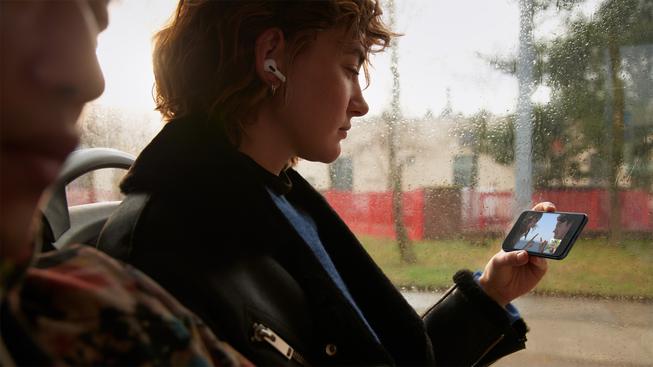 You’ll want to figure out the exact amount of storage you’ll need. You don’t want too little and you don’t want to overpay for storage. The iPhone SE 3 comes in 64GB, 128GB, and 256GB.

You’ll also want to pick the right color (the iPhone SE 3 comes in midnight, starlight, and (PRODUCT)RED) and research your carrier and data plan to make sure you don’t need to make any changes.

You’ll also want to research competitors outside of Apple’s ecosystem. We recommend taking a look at the Galaxy S21 series, Galaxy S20 series, Google Pixel 5, Google Pixel 4, and others.

These steps might be easy for some of you, but it’s going to take quite a bit of time for others. In some cases, it could take a week or more.

If you find yourself feeling uneasy and unprepared when iPhone SE 3 pre-orders start, do yourself a favor and put away the credit card.

You should only pre-order the iPhone SE 3 if you’re one hundred percent confident in the phone you’re buying and the plan you’re pairing with it.

The initial batch of iPhone SE 3 deals will require a trade-in. And again, to get the best deal, the phone you’re trading in will need to be in pristine condition.

It usually takes a few weeks for retailers to offer straight price cuts on new iPhone models. We probably won’t see the first true iPhone SE 3 deals for a few weeks, perhaps even a few months.

The best iPhone SE 3 deals will likely land later in the year around the time Apple launches the iPhone 14 and during the holiday shopping season.

If you don’t have a phone to trade-in and/or you don’t want to pay full price for the iPhone SE 3, you’ll want to hold off on a pre-order and wait for prices to drop.

Wait if You’re Worried About Problems

If you’re concerned about hardware or software problems, you might want to wait a few weeks before picking up Apple’s iPhone SE 3.

The iPhone SE 3 runs iOS 15 out of the box. The company has made significant improvements to the software in the months since its release, but we could see some issues popup after the iPhone SE 3 release.

Apple will likely push some initial fix updates to the iPhone SE 3 so you might want to hang back and wait for the company to iron out these bugs.

New iPhones sometimes debut with hardware issues as well. We don’t expect any widespread “gate” issues, but there’s always a chance we see a problem that impacts more than just a few users.

If you’re concerned, you might want to wait and see what kinds of problems early adopters are dealing with.